Milton Trager: “Fear is held in the mind of the client. Our work is changing the client’s mind.”

In 1975 Milton demonstrated his method which he called Psychophysical Integration at Esalen Institute. Esalen and much of the other leading edge proponents of the Human Potential Movement were absorbed by the idea that cathartic, strong emotional releases, are transformative to the human psyche and create personal empowerment. Cathartic approaches were then being used in bodywork, psychology, and even spiritual growth. Encounter groups, Primal Scream, E.S.T., Rolfing, Osho, and Inner Child Work.
All were considered life-changing at the time. Common to all was creating powerful emotional releases by pushing the sympathetic nervous system, leading to self realization.
Milton Trager’s approach was exactly the opposite. “What could be easier? Even easier than that?” Rather than using fear as a stimulus, Milton used gentleness, and not pushing!
Rather than promoting sympathetic responses, he promoted a parasympathetic awareness. Rather than using hands to push, kneed, and tell the body what to do, Milton used soft-listening-curious-hands, asking “What needs to happen here?” Then allowing!

Going further. Fear transforms in presence!
There are many signs of sympathetic fear responses in our work with our clients.
Starting with their demeanor during intake, as well as the stories they tell which reveal what troubles they’ve encountered since their last session. Other signs of sympathetic response are revealed by the body.
What are the patterns of the client’s breathing?
Are there any reflexive reactions… Any places where the client helps, or where the client dissociates?
Is the client still focusing on the intake story?
Each of these signs offers opportunities for bringing the client into presence. Your listening hands and verbal support can open client minds into presence. If the client feels into that body part she can shift from her thinking mind to her feeling awareness. Even strong emotions can shift when the client feels into the actual sensations in that part of her body, because negative emotions are anchored in the past, but the sensations are always NOW.

In this webinar we will learn how to convert fear into conscious presence; the opposite of catharsis. That shared experience of presencing is transformative to the client and you! 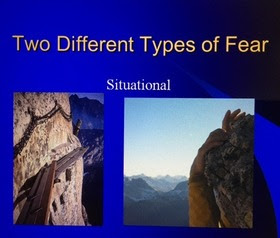